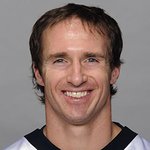 “This is a movement that is changing the workplace while also serving the community. Through the Super Service Challenge we have taken giving companies and turned them into companies of givers. And companies of givers are where loyalty and teamwork thrive.”

Lindsey then introduced Brees, a Super Service Challenge ambassador, who was moved to partner with the Super Service Challenge in 2012 after seeing the amazing impact it had in his hometown of New Orleans. Brees officially announced this year’s four grand prize winners. Brees recognized, Astoria Federal Savings for The INN in New York, Eli Lilly and Company for Keep Indianapolis Beautiful in Indianapolis, Ind., Walt Danley Realty for St. Mary’s Food Bank in Phoenix, Ariz., and Wells Fargo for HandsOn Jacksonville in Jacksonville, Fla.These top four teams each received $25,000 for their partner charities along with four grand prize trips to this weekend’s Super Bowl XLVIII.

Brees also encouraged attendees to participate in the Super Service Challenge’s Acts of Service campaign to win one of two pairs of tickets to the Super Bowl. “Every act of service – large or small makes a difference,” Brees explained. " Whether it’s giving up your seat on the train or buying a cup of coffee for the person in line behind you. We want to challenge people to do 50,000 Acts of Service leading up to the Super Bowl."

For more information on the Super Service Challenge – and to find out how you can join – head to www.superservicechallenge.com.

Drew Brees is passionate about the game of football and the impact it has had on his life. More →