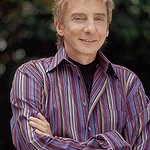 The Manilow Music Project and WEAR ABC 3 recently teamed up to honor Pensacola’s “Outstanding Music Teacher,” Heidi Graves, by giving her a VIP experience to Barry Manilow's concert at the Pensacola Bay Center complete with a chance for the educator to meet Manilow before his concert on Thursday, January 30.

Graves was chosen from over 250 nominations received by WEAR, who reached out to their viewing audience asking them to nominate a music teacher they felt deserved a VIP concert experience which included limousine transportation to and from the concert, dinner, two front row tickets, and a chance to meet Manilow backstage. After reviewing the nominations in an open process, WEAR tallied the votes and three finalists were selected. Graves received the highest number of votes and was selected as the winner.

One viewer wrote this about Graves in her nomination: “She carries out her love for music with kids who may never have had an opportunity at their school to experience the art due to budget cuts.”

Said Manilow, “I am thrilled to honor a local music hero like Heidi, and all of our heroes who make daily sacrifices to keep the art of music alive in our public schools across the country. I wouldn’t be the person I am today without the influence of my music teachers.”

“This is a phenomenal gift and will mean a great deal to the Santa Rosa music program,” said Kyle Brinkman from WEAR. “Especially since funding has been cut from the Arts in our public schools. WEAR has been proud to be part of this incredible project.”