Venus Williams To Speak At Women Of Power Summit 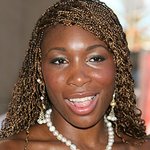 BLACK ENTERPRISE (BE) will present world-class achievers from the worlds of sports, business and corporate America, including tennis great and entrepreneur Venus Williams, as headliners for the 2014 Women of Power Summit in Boca Raton, Fla.

The Women of Power Summit is the nation’s No. 1 executive development and leadership conference for women of color, annually attracting more than 800 corporate executives, professionals and businesswomen from across the country. The Women of Power Summit, hosted by State Farm Insurance, will take place February 26-March 1, 2014 at the Boca Raton Resort and Club.

Williams, who along with her sister Serena has ruled the world of professional tennis for more than a decade, is also an accomplished entrepreneur. Growing up in a tight-knit family and coached by her parents Richard and Oracene, Williams entered the pro ranks of the Women’s Tennis Association when she was 14 years old. Her attacking style and impressive physicality immediately caught the attention of the tennis world. Soon, the whole world was watching Williams rack up 43 WTA Tour titles, three Olympic Gold medals, break the record for fastest serve ever recorded (129 mph) and compete in the longest finals match in Wimbledon history (two hours and 45 minutes). Along the way, she has proven to be far more than just a world-class athlete, adding best-selling author, fashion designer and entrepreneur to her many accomplishments. Her businesses include, V*STARR and EleVen.

“Each year, we select featured headliners for our Women of Power Summit who will deliver powerful messages and practical strategies to further inspire attendees to excellence in leadership,” says BLACK ENTERPRISE CEO Earl “Butch” Graves Jr. “We fully expect Venus Williams, Lisa Jackson and our other outstanding speakers to build on that tradition.”

“Our candid, one-on-one conversations with women who have excelled in every area of endeavor are a unique feature of the Women of Power Summit each year,” says Black Enterprise Editorial Director Sonia Alleyne who, along with Black Enterprise Business Report television show Host Caroline Clarke, serves as a co-editorial director of the Women of Power Summit. “Our attendees will leave with the motivation and direction they need to embrace their power in their own professions, companies and lives.”

For more information on the speakers and agenda of the 2014 Women of Power Summit, go to BlackEnterprise.com/wps. Also, for updates via Twitter and other social media sites, check the hash tags #BEWomenofPower and #BEWPS.