Alan Shearer And Robbie Savage Launch Battle Of The Backsides 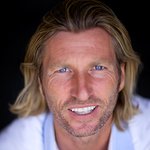 Footballing legends Robbie Savage and Alan Shearer have announced that they will be going head to head in a Sport Relief Challenge like no other: The Battle of the Backsides.

The challenge will see the pair frantically race to be the first to sit on half the seats in the iconic Wembley Stadium – a brutal 45,000 seats each – that’s a hard-core session of squatting and sliding. They have five days to complete this physically demanding feat – the first time a challenge like this has ever been attempted in the UK and it’s all to raise funds for Sport Relief.

To complete this super sit off, experts estimate the duo will have to average a backside on a seat every four seconds – that’s 14 seats per minute – meaning they’re competing for a minimum of ten hours a day. Kick-off is Monday 10th March at Wembley Stadium and the final whistle will be blown on Friday 14th March, when they hope to be the first to reach the prestigious Royal Box.

The repetitive nature of this challenge means that with 45,000 repeats of the same movement continuously, the pair’s quad and glute muscles will take real punishment – with their ability to manage pain and stiff muscles the key to beating their opponent. On top of that blisters and sores on the hips, bum and groin are a real possibility that could plague the pair during this challenge.

To support them in this brutal task, as well as to be in with the chance to win some amazing prizes, the public can enter a competition at www.sportrelief.com/backsides. Each competition entry costs £5, and there are some incredible prizes up for grabs including tickets to see England play at the 2014 World Cup in Brazil, a day at the Wimbledon Championship or tickets to One Direction on their UK tour. There’s a limited 90,000 entries available to represent the number of seats collectively sat on during the challenge.

Alan Shearer said: “I’m used to being challenged at Wembley – I’ve played some crunch matches at this stadium and now I’m back to be tested again! Even at the peak of my career this challenge would have been tough on my body. However, now I am a retired footballer – so it’s going to be a challenge of physical and mental endurance. I can’t let Rob win; I’d never live it down!”

Robbie Savage said: “Alan does have an advantage as his butt is larger than mine – but my bottom is ready for the challenge! I’ve often watched Sport Relief and seen all the vulnerable people living difficult lives and really wanted to help to raise money for them – who knew it would be my bottom raising cash! Wembley Stadium has always been kind to me when I played here during my career – let’s hope lady luck is on my side for this challenge.”

Alan and Robbie are putting their bottoms on the line in the hope of raising a lifesaving sum of cash to help change the lives of vulnerable people, as well as transform lives in the UK and around the world.

Aiming to keep morale high during the week, Alan and Robbie will be joined by some of their favourite famous fans and celebrity mates! Fans can follow all the action from Wembley over the five days with regular updates on BBC Radio 5 live and bbc.co.uk/backsides.