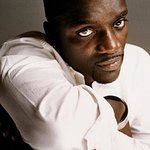 Akon, in partnership with Give1Project and ADS Global Corporation SA, has initiated the “Akon Lighting Africa Project” which aims to bring electricity to one million households in Africa by the end of 2014.

The lack of electricity is currently a major problem in Africa. A significant number of households in rural areas and even urban cities do not have access to electricity. This is a real obstacle to Africa’s Sustainable Development.

In that perspective and within the framework of a Public-Private partnership, an alliance was signed between the private entities: Akon Corp, SOLEKTRA International – BYD Solar, Azuri Technologies UK, NARI (Member of China Grid Group), CJI, the Non-Governmental Organization Give1Project and the governments of different African nations to support the initiative.

The project will consist of the installation of solar equipment in households and promote their energy sufficiency that also will allow millions of children to have access to electricity and improve their education through extended study hours. In that regard, the American superstar is touring nine African countries (Senegal, Mali, Guinea Conakry, Gambia, Burkina Faso, Equatorial Guinea, Gabon, Congo and the Ivory Coast) in nine days to meet with leaders about the project.