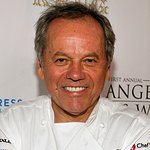 The first annual “Hollywood Heals: Spotlight on Tourette Syndrome” hosted by the national Tourette Syndrome Association (TSA) was an incredible success, with over 400 guests gathering at the Conga Room at LA Live on February 27.

Incredible awareness was raised for the Association and the misunderstood, life tormenting disorder, Tourette Syndrome. The event also raised much needed funds for TSA’s research and support programs.

With hors d’oeuvres catered by Wolfgang Puck, a silent auction, and dozens of celebrity supporters and vast media coverage, the event was an extraordinary and spirited one to be remembered.

Sponsored by CBS, and emceed by actor Dash Mihok (“Ray Donovan”) and jazz musician Michael Wolff (who also serves as national TSA’s Chairman of the Board of Directors), the event featured performances by individuals living with (and some without) Tourette Syndrome including both Michael (who was joined by all all-star jazz band) and Dash (who performed a rap); Michael’s sons, singers Nat and Alex Wolff; 2013 “X-Factor” contestant Carlos Guevara, accompanied by fellow “X-Factor” contestants Sweet Suspense; and “American Idol” season 9 finalist James Durbin who closed the evening with an acoustic performance, before the crowd danced to the tunes of Hollywood DJ Michelle Pesce.

After a dozen years of hosting successful fundraising events in Beverly Hills, this was TSA’s first West Coast event since 2010, and plans are underway for the “Hollywood Heals: Spotlight on Tourette Syndrome” second annual event scheduled for February 2015.