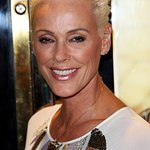 Actor Brigitte Nielsen has appealed to Denmark’s Minister of Defence on PETA's behalf urging him to end that country’s archaic use of animals in invasive and deadly military trauma training exercises, in which live pigs are shot and blown up in order to cause traumatic wounds.

The Rocky IV and Beverly Hills Cop II star was reacting to PETA’s release of horrific, never-before-seen photographs from this crude course that show live pigs hung from a wooden frame and shot with AK-47s and handguns, after which military personnel operate on the animals, who are then killed.

“I am a proud Dane, but like most people around the world, I was deeply shocked to learn that my country’s army still uses live animals in military training exercises,” wrote Brigitte. "I find it hard to believe that Denmark continues to torture and mutilate animals when humane alternatives exist and are used by 23 other NATO nations, including 20 EU states. The choice is not between saving animals and saving human beings: life-like human simulators and other high-tech non-animal training methods have been shown to be more effective at preparing soldiers for battle than crudely mutilating animals.

“Moreover, using animals for these training exercises when alternatives exist appears to be in violation of EU law. Directive 2010/63/EU states that animals must not be used when non-animal options are available.

“Treating animals in this way is impossible to justify medically, ethically or educational1y and does immense damage to Denmark’s international reputation.”

More than 80 per cent of Denmark’s NATO allies use exclusively nonanimal methods for military medical training exercises. Instead of shooting, stabbing and blowing up animals, military personnel in these nations are trained to treat traumatic injuries using life-like human-patient simulators – such as the state-of-the-art Caesar military simulator, which is used by the NATO Centre of Excellence for Military Medicine – and other non-animal methods that have been repeatedly shown in military and civilian studies to teach life-saving skills better than crude animal laboratories. In addition, the EU’s Directive 2010/63/EU and Denmark’s Animal Welfare Act require that non-animal methods be used for medical training whenever available.