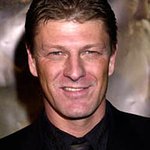 The British Prime Minister, comedians, soap stars, Hollywood actors and the cast of War Horse, are brought together in an extraordinary album of spoken word and music, marking the most haunting moments of the First World War.

Following months of painstaking research, The Royal British Legion and the Victoria Cross Trust also tracked down descendants of a group of Victoria Cross recipients, who join the celebrity line-up for a unique collection of recordings compiled to commemorate the centenary of the outbreak of the War in 1914.

It is, however, the contribution of the descendants of the First World War Victoria Cross heroes which forms the most moving centrepiece of the album. Recording engineers at Decca’s studios carefully pieced together each of the ten descendants voices to record a special version of John McCrae’s In Flanders Fields. They have, in turn, each paid a personal tribute to their relative’s heroism, creating a priceless moment of audio history.

The album also features vintage music from the time, recorded by The Central Band of The Royal British Legion who recreated the sounds and atmosphere of classic tracks such as It’s a long way to Tipperary, Keep the Home Fires Burning (sung by soprano Laura Wright) and Pack up your Troubles. Also featured is a bugle that was played on the battlefields of Belgium and France, and can be heard here on the ‘Last Post’ fanfare. The track Only Remembered from the stage version of War Horse was recorded especially for this album by the cast.

The album is a “truly unique and painstaking collaboration” according to Royal British Legion Director of Fundraising Charles Byrne. Decca, part of the Universal Music Group, have gone to “extraordinary lengths” to ensure the sounds and music captured in 2014 would become vivid testimony of the tragedy of a century ago. "We are also very grateful to the Victoria Cross Trust for their great dedication in helping source descendants of those whose selfless courage was recognised with the VC.

“The poetry borne of the struggles of the First World War captured so hauntingly the trauma experienced by a generation of young men. Poets such as John McCrae and Wilfred Owen express this tragedy in a manner that only those who have seen it first-hand can describe. This album will help keep these moments alive for future generations.”

Mr Byrne added that any donations, made by Decca from album proceeds, to The Royal British Legion, would go towards meeting the £230,000 spent every day by the Legion in helping and supporting present-day Service personnel and their families.

Victor Harbige, 57 from Ashford, Kent – one of the VC descendants that contributed to the In Flanders Fields recording said: “It means so much to me and my family to be a part of this. It’s brilliant that The Royal British Legion have given us this opportunity to tell our families’ stories. We – as a family – are so proud of my Great Grandfather Arthur, but we have to remember that he was just one hero, there were millions more who took part in that awful war and each one of them is a hero too.”

Victor is the Great Grandson of Arthur Henry Cross VC. Lance Corporal Cross received the VC on 25 March 1918 in Ervillers, France when he volunteered to make a reconnaissance of two machine-guns which had been captured by the enemy. Heading out alone into no-man’s-land, he came across the enemy trench. Armed only with a revolver, Lance Corporal Cross forced seven of the enemy to surrender and subsequently marched them back to the British lines forcing them to carry the captured guns, tripods and ammunition. Handing over the prisoners, Lance Corporal Cross collected a team of soldiers to man the re-captured guns which he immediately brought into action, by destroying a heavy counter-attack by the enemy.

Recalling his Great Grandfather’s account of the contact, Victor said: “I don’t remember an awful lot about my Great Grandfather, but I do remember him telling about how he won his medal, he said: ‘Look. They nicked my guns and I wanted them back. Simple.’”

The album is entitled ‘Forever’ and is available to pre-order now. Find out more here.