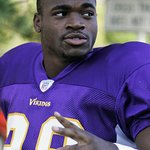 NFL Star Adrian Peterson announced today that he’s intent on making you laugh as part of his 2014 U.S. Comedy Tour.

Peterson and his All Day Foundation are bringing 6 of the funniest comedians on Earth to Tyler & Austin Texas on May 16 – 17, 2014, and he’s searching for the best local talent in each city to join them in the spotlight.

Joe Torry will host comics AJ Johnson, Brandon T. Jackson, Michael Blackson, Gary Owen and Tommy Davidson for an outrageously funny show with belly aching, gut busting jokes and some of the best impersonations that you’ve ever seen. Proceeds from the event will support Peterson’s All Day Foundation.

To bring attention to the hilarious homegrown talent in Texas, Peterson and sponsor Texas Tea are conducting a search for the state’s funniest comedians. Peterson will pick a winner from each city to take the stage for a routine of up to five minutes.

“We appreciate that there are some seriously funny folks in Texas, and we’d like to showcase that talent,” said Peterson. “Think you’ve got what it takes to make me laugh? Show me!”

Both pro and amateur local comics are invited to submit video submissions up to three minutes in length to: ADAllProsComedy@gmail.com. The deadline is May 12, 2014.

Peterson plans to bring the comedy tour to NFL cities throughout the country in search of the funniest NFL fan!

Adrian Peterson established the All Day Foundation in 2008 to raise awareness and funds for programs that inspire hope and build a better future for at-risk children, with a special focus on girls’ empowerment. For more information on the All Day Foundation, visit www.alldayfoundation.org. 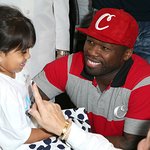