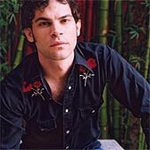 Do you know the two simple steps of Hands-Only CPR? Then you’re ready to help save a life. If you don’t, then the American Heart Association and WellPoint Foundation want you to listen up.

Just in time for National CPR Awareness Week (June 1-7), the organizations are dropping a new beat on their ongoing Hands-Only CPR national awareness campaign and mobile tour with the help of the world-renowned music mixologist, DJ Earworm.

Hands-Only CPR has just two simple steps: 1) If you see a teen or adult suddenly collapse, call 9-1-1; and 2) Push hard and fast in the center of the chest to the beat of the classic Bee Gees' song “Stayin’ Alive.”

Now, in an effort to spread this lifesaving message to a younger generation, the American Heart Association and WellPoint Foundation have collaborated with DJ Earworm to create a mash-up of other well-known songs that has the right rate to guide compressions for Hands-Only CPR, and coincidentally, have a lifesaving message.

Cardiac arrest is a leading cause of death with over 420,000 out-of-hospital cases occurring every year in the United States. When a teen or adult has a cardiac arrest, survival depends on immediately receiving CPR from someone nearby. Survival rates drop as much as 10 percent for every minute that goes by without intervention. The Bees Gees’ hit song “Stayin’ Alive” and Earworm’s new “Hands-Only CPR Mash-Up” have rates of at least 100 beats per minute, the same rate recommended for performing Hands-Only CPR.

“The Bee Gees’ ‘Stayin’ Alive’ has played a significant role in helping raise awareness about Hands-Only CPR.” said Dr. Michael Sayre, Professor, Emergency Medicine, University of Washington. “Its beats per minute coupled with its lifesaving lyrics have helped guide thousands in training for Hands-Only CPR. Now, in the third year of our campaign, we’ve realized other songs with similar qualities could have the same impact in helping us raise awareness among more bystanders including younger generations. With over 420,000 out of hospital cardiac arrests occurring annually in the U.S., we want to equip as many people as we can with lifesaving CPR skills.”

In fact, Hands-Only CPR has been shown to be equally as effective as CPR with breaths, and people are more likely to feel comfortable performing it. A December 2012 study published in the American Heart Association’s journal, Circulation found that Hands-Only CPR performed by bystanders keeps more people alive with good brain function after experiencing a cardiac arrest. According to the American Heart Association, people feel more confident performing Hands-Only CPR and are more likely to remember the correct rhythm when trained to the beat of a familiar song.

With the support of the WellPoint Foundation, the American Heart Association launched a 3-year national campaign and mobile tour in June 2012 to raise awareness of Hands-Only CPR as a lifesaving method and to increase the likelihood of people performing CPR in an emergency. The interactive Hands-Only CPR mobile tour has trained over 16,000 people and will round out its third year visiting the last eight cities of the 24 city tour that has driven across the country to teach thousands of people the easy steps to save a life. To find out when the mobile tour is stopping in your city, click here.

“Regardless of whether you like to listen to music on eight-track or online, we want you to have the power to save a life,” said Lance Chrisman, executive director of the WellPoint Foundation. “DJ Earworm’s contribution to this campaign will give a whole new group of people the confidence they need to take action if they witness a cardiac event.”

To learn more about the Hands-Only CPR campaign and get ready to save a life visit www.heart.org/handsonlycpr or facebook.com/AHACPR.