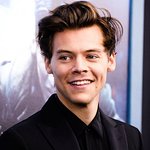 The #FirstSNOG campaign, an online interactive photo exhibition, has been launched to celebrate Stonewall’s 25 years of campaigning so that lesbian, gay and bisexual people are free to love and be loved.

Speaking on the collaboration and the brands support of Stonewall, SNOG founders Rob Baines and Pablo Uribe commented: ‘This year has been an exciting year for SNOG, we launched our first range that you can enjoy at home and we wanted to mark this by supporting a cause personal to our hearts – people’s freedom to SNOG who they want. You never forget your first SNOG and it should not matter who that is with. We admire and respect the work of Stonewall and are proud to be part of the 25th year celebration. We commissioned Cassette Playa as we loved the freedom and vibrancy of Carri Munden’s graphic sensibility and we are thrilled so many of the SNOG fans have got involved in the campaign.’

Ruth Hunt, Acting Chief Executive of Stonewall, said: ‘In our 25th year we know that there’s still so much work to do. Around the world in countries like Russia, Nigeria and Uganda, LGBT people are being oppressed and persecuted simply because of who they are. We’re excited to collaborate with SNOG to help us continue to campaign for LGBT equality across the world.’

As well as raising awareness, SNOG is helping Stonewall to raise funds via their London based shops where a special Stonewall serving, featuring a selection of rainbow coloured fruits, will be available for the duration of the Stonewall 25 celebration. A donation of £3 can be made to Stonewall by texting ‘SNOG’ to 70300, with proceeds going towards the charity’s continued international work.

Stonewall has also launched a special website to celebrate everything that has been achieved over the last 25 years.