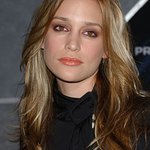 The International Rescue Committee has announced that it is joining forces with Golden Globe nominated actress Piper Perabo to raise awareness of the needs of refugees and people who have been displaced by conflict, religious persecution or political oppression around the world.

Perabo joins an impressive team of IRC Voices: young, prominent artists including Rashida Jones, John Legend, Morena Baccarin, and Joshua Redman, who have all committed to doing their part to speak up on behalf of some of the world’s most vulnerable.

“I have tremendous admiration for the work the IRC does both in the United States, and around the world,” Perabo said. “Whether it’s assisting refugees who have been forced to flee the Syrian conflict or guiding refugee youth through the New York public school system, their work is important, impactful and transforms lives. I am excited and honored to join the IRC’s team.”

Perabo first learned about the IRC from a relative who works as a caseworker for the IRC’s refugee resettlement program in Boise. She was inspired by the work the IRC does to assist refugees who have been given sanctuary in the U.S. as they start to rebuild their lives. Over the coming year Perabo will have the opportunity to visit select IRC programs around the world.

“At a time when it is easy to dismiss humanitarian crises as insoluble or incomprehensible, the IRC is delighted that Piper Perabo should add her voice to those ready to stand up for human dignity,” said the IRC’s president, David Miliband. “I hope that Piper Perabo’s example inspires others to believe that man-made problems require ingenuity and commitment, not a shrug of the shoulder. These values have defined America’s story for many years, and they have rarely been more needed than today.”

Perabo was nominated for a Golden Globe for her role as Annie Walker in USA Network’s “Covert Affairs,” now in its fifth season. She has also appeared in several Hollywood films including “Imagine Me & You,” “Cheaper by the Dozen,” “Cheaper by the Dozen 2,” “The Lazarus Project” and “Coyote Ugly.” In 2009, Perabo made her Broadway debut in Neil Labute’s “Reasons to be Pretty.”

The IRC was founded in 1933 at the request of Albert Einstein. Since then, the organization has enjoyed the support of many high profile artists, including Marc Chagall, Don Cheadle, George Clooney, Paul McCartney, Paul Newman and Liv Ullmann.