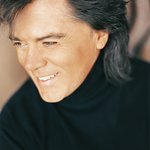 Marty Stuart, a five-time GRAMMY-winning country music singer/songwriter, has hosted his Late Night Jam at the Ryman Auditorium for MusiCares in Nashville, Tenn., since 2001.

MusiCares recently sat down and talked to the legendary country star to talk about the event.

You’ve been a longtime supporter of MusiCares; can you describe why you feel so strongly about MusiCares?

Well, the stories come from our time working together with MusiCares. One experience is when the flood hit Nashville in 2010. I cannot think of a greater example of a natural disaster, wiping so many people out — whether it’s no rent due to lost gigs, losing instruments, jobs, buildings, or homes. I know for a fact that MusiCares was at the forefront of providing vital and immediate help to people in our industry who needed assistance. You can’t ask for a greater example than that.

How have you seen MusiCares help those in need?

Everybody thinks that since we sing, have records and are on TV, that everybody has a lot of money. There was an old country music hero of mine [who] gave and gave during the good years of his life. He came off the road, got old and diabetes set in. He lost a leg and that was unthinkable, but he weathered through. He began receiving rehab and then the unimaginable happened: he lost the other leg. After another round of hell, he finally got home and the first round of prescriptions was $4,500. I remember calling you and, in less than a week, he had his medicine.

Another thing that happens from time to time is drugs and alcohol take over and that’s a hell that I understand. It was a part of my life for a long time. Sometimes we get too close to the fire and we don’t know how to get out and we have to go to the side and ask for help. I know so many instances when MusiCares has been that entity that stepped up and confidentially took care of people and their situations. The bottom line [is], MusiCares saves lives.

What inspired you to create the Late Night Jam?

The great truth of the matter is, CMA Week, which used to be fan fair, the first one I was ever a part of was in 1973. When the show moved, things changed. At the time when I started my band, the Fabulous Superlatives, we didn’t have a record deal for a brief period of time, which meant we couldn’t play the big stage. I thought, “Well, I’ve been a part of this since 1973 and I don’t want to be relegated to a lesser stage because I don’t have a hit at the moment,” so I thought, “We have to go beyond this.” So, Tony Conway helped me approach the Ryman Auditorium and we set up the first Late Night Jam 13 years ago.

To date, through the Late Night Jam, you’ve raised more than $200,000 for MusiCares to support our emergency financial assistance and addiction recovery programs. How does that make you feel?

It makes me feel like I’m doing the right thing. As entertainers and creative people, we are so blessed and we have so many gifts at our disposal and to be able to give a little part of that back is the bottom line.

I was pumping gas recently and some guy came up and shook my hand — he knew I hosted the Late Night Jam annually. He said to me, “MusiCares saved my life and I thank you for all you do for them.” I replied, “That’s what we do and it’s what we are supposed to do.” So, doesn’t that say it all right there? It’s like the old mission — if you’ve helped one soul, it’s been worth the whole journey.