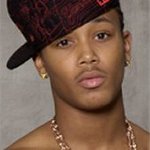 This year’s game was held at the University of Delaware, Bob Carpenter Center located at 631 South College Avenue, Newark, Delaware 19716. Also, the Foundation presented a Meet & Greet for their VIP and Floor Seat ticket holders before the Celebrity game.

The weekend began with Duffy’s Hope, Inc. hosting their 2nd Annual Evening of H.O.P.E. Reception on Friday, August 1. This special occasion honored contributors and community members for their philanthropic endeavors while recognizing the youth participants who have made significant strides towards a promising future. The “Evening of H.O.P.E.” has become a tradition for kicking off the fun-filled weekend experience of quality prevention programming.

Day Two of the weekend continued as Duffy’s Hope was excited to partner with Delaware Prevention Coalition as the sponsor for the Teen Summit Panel held at Delaware State University in Dover, Delaware. Keynote speaker, Keshia Chanté, host of BET’s 106 & Park opened up the forum by giving personal insight on what her motivation was to succeed; how important education was to her and how not to let anyone stop the goal(s) you have set for yourself. The panel continued with a Question and Answer forum to the five hundred enthusiastic young teens who could not wait to speak with Keshia Chante as well as the other guests who joined the discussion, Allie DeBerry, McKinley Freeman, Jay Ellis, Raven Goodwin Tammy “T-Time” Brawner and Delaware’s own D.J. Mifflin.

The weekend grand finale was the much anticipated Celebrity Basketball Game. Fans of all ages from beginning to end experienced a special half-time performance, games and giveaways; in addition to, the opportunities to meet celebrities, get their autographs and take pictures, along with watching a thrilling game, which the Celebrities prevailed over the Local team 57- 46.

Duffy’s Hope, Inc. founder and basketball enthusiast, Duffy Samuels has taken his passion and love towards the game of basketball and his community, and channeled it into an organization comprised of dedicated, hardworking volunteers who are committed to providing a helping hand to Delaware youth.

The Duffy’s Hope Celebrity Events serve an average of 3,500 spectators; and in its 12th year, the annual Celebrity Basketball Game has become the major resource of promoting the importance of adult involvement and financial support of youth based prevention programs. The event also encourages youth to overcome obstacles and always strive for excellence in all areas of their lives.