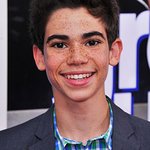 The American Red Cross and Disney have unveiled a new disaster preparedness video, featuring Disney Channel star Cameron Boyce, to help teach kids and families the importance of preparing for natural disasters and other emergencies.

The spot will run on Disney Channel as part of National Preparedness Month in September.

“When a disaster strikes, it is critical that the entire family is prepared,” said Gail McGovern, president and CEO of the American Red Cross. “Disney’s continued support helps us keep children safe by educating them about the importance of preparedness in ways that are relevant and fun.”

Disney Friends for Change – a global initiative that inspires kids and families to take action and make a difference in their communities – will spotlight the video on its website to show children simple ways to prepare for disasters. The spot will also air on the Disney Channel.

The spot features Boyce, who stars as Luke Ross on the Disney Channel series “Jessie,” and his friends as they discuss the basics of emergency preparedness: Learn, Practice, Share, Be Prepared. They portray preparing for emergencies as an activity that is easy, fun and as a way to help reduce children’s anxieties about the unexpected.

The video is one of several collaborative efforts between Disney and the Red Cross. The organizations worked together to develop the Mickey and Friends Disaster Preparedness Activity Book, which helps children and families learn how to prepare for disasters through a series of interactive games and activities. The book is available to download in English and Spanish.

Disney also contributed to the creation and expansion of The Pillowcase Project through a total investment of $3 million since 2012. The program supports in-school and after-school curriculum to help 3rd to 5th graders and their families prepare for disasters. Trained instructors teach youth the safety actions for various disasters, how to develop a family emergency plan and how to create emergency kits by packing essential items into a pillowcase for easy transport – a technique Boyce uses in the spot.

As part of its commitment to youth preparedness, Disney is also funding the development of a new mobile app for youth that will enable the Red Cross to expand the reach of The Pillowcase Project beyond the classroom. The app will be available on IOS and Android by early November.

Disney also helps the Red Cross during disaster relief operations by contributing hundreds of hours of volunteer service through the Disney VoluntEARS program and donating Mickey Mouse plush dolls to comfort children in the aftermath of disasters.

As a member of the Annual Disaster Giving Program (ADGP), Disney helps ensure the Red Cross is able to respond immediately after disasters at home and around the world.

Save the Children - World Marathon Challenge 2013