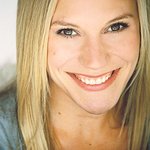 The event will start near the foot of the Angeles Crest and wind its way up the beautiful Angeles Crest/Highway 2 to the historic Newcomb’s Ranch. Katee said, “We are so excited to be hosting the 1st annual PATH Home ride. Our goal at Acting Outlaws has always been to do good while having fun and this ride is a perfect example of how effortless giving back can be. We look forward to riding with old and new friends on November 2nd.”

According to Tricia, "We have been lucky to have been involved in rides such as the Kiehl's Liferide and the Tulip Ride, among others. We have a great group of friends that we often ride with, who have agreed to donate their time and join us on November 2nd to help raise money and awareness for homelessness with PATH – the leading organization in Southern California dealing with this staggering problem."

Due to space limitations at the culmination of the ride, the ride is limited to the first 250 motorcycle riders who register. Registration can be found here. All profits from this fundraiser will support PATH in its mission to end homelessness in Southern California.

Acting Outlaws, LLC was organized by actresess Katee Sackhoff and Tricia Helfer in 2010 as part of Katee and Tricia’s motorcycle trek from Los Angeles to New Orleans to film their documentary, The LALa Ride. The Acting Outlaws have participated in numerous charity motorcycle rides throughout the United States raising money and awareness for causes that are important to them.