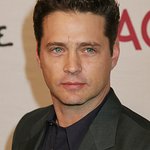 Last week, on behalf of Mercy For Animals, 20 Canadian-born celebrities added their names to a public letter addressing the CEO of MOD Pizza, urging the company to adopt a meaningful animal welfare policy for chickens in its supply chain.

MOD Pizza is the fastest-growing US restaurant chain and recently opened its first Canada location.

See the full list of celebrities involved in the campaign here.

Chickens raised for meat are packed into dark, unsanitary warehouses, and are bred to grow so large so quickly that many suffer organ failure, heart attacks, and crippling leg deformities. Many die before they even reach slaughter weight.