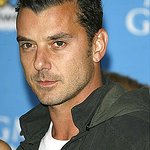 The evening will feature an intimate performance in the vineyard to raise money and awareness for music education programs.

“The work of VH1 Save The Music Foundation is invaluable,” says BUSH frontman Gavin Rossdale. “Music has always been an important part of my life, and now that I have children of my own I’m even more aware of the significance of music education in schools. I’m honored to be supporting VH1 Save The Music’s Noteworthy event.”

VH1 Save The Music Foundation is a non-profit organization that partners with America’s public schools to bring the power of music back into the classroom, giving every child the same opportunity to be successful in school and in life. The Noteworthy event takes place at William Hill Estate Winery, a proud supporter of music and the arts and the official wine sponsor of the VH1 Save The Music Foundation. Additional sponsors for the evening include Avnet, RAYMOND WEIL and Alex and Ani, who together have raised nearly 1.2 million dollars in support of the Foundation’s work to ensure that music is a core and critical component to a complete education. Gift bags will once again be generously provided by Copper River Bag Company.

“We are thrilled to have BUSH perform as part of the Noteworthy series,” said Paul Cothran, Vice President and Executive Director of the VH1 Save The Music Foundation. “They are incredibly talented musicians with a long-standing and revered history in the industry and we could not be more grateful for their support in furthering the important mission of the VH1 Save The Music Foundation. I look forward to enjoying the performance while taking in the breathtaking views at the vineyard.”

Throughout their career BUSH has sold close to 20 million records in the U.S. and Canada alone. The band has produced 17 consecutive Top 40 hit singles on the Modern Rock and Mainstream Rock charts, six of which shot to number one. On October 21st BUSH will release their highly anticipated 6th studio album, Man On The Run, via lead single “The Only Way Out,” which hits radio, iTunes, Amazon and all major retailers on September 9th.