Warwick Davis Named As Ambassador For Variety - The Children's Charity 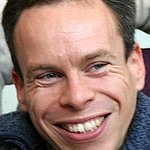 The STAR WARS and HARRY POTTER star will be formally inducted into his new role at Britain’s Biggest Pub Tour’s finishing party on 26th September at the Slug and Lettuce at Tower Bridge, London.

The Stonegate Pub Company is fundraising for Variety through a group-wide event, ’Britain’s Biggest Pub Tour’, which has been running from 18th May throughout the summer. The tour aims to raise funds through a variety of events at Stonegate establishments and has raised more than £100,000 to date. Armed with a giant ‘Pledge Passport’, the tour started at Yates in Hastings and teams from each pub on the 5,555 mile route delivered the passport from pub to pub, using quirky and ingenious modes of transportation. From roller-skating to zip-wiring, barrel-rolling to helicopter riding, the challenge has been to complete the tour in just 124 days, culminating in an exceptional party on 26th September.

Warwick said of his new role: “The welfare of our disadvantaged and disabled young children should be at the top of every agenda, so I’m honoured to represent Variety, the Children’s Charity, and the incredible work it does across the country. I’m really looking forward to joining Britain’s Biggest Pub Tour and celebrating the fundraising efforts of the Stonegate company and its employees for such a fantastic cause.”

Variety Chief Barker, Trevor Green, said: “Variety has a rich heritage of support from the show business community and so it is only right that we continue to move forward and work with the stars of today. I would like to thank Warwick for agreeing to dedicate some time to the charity, we know that, with his further support, we can mobilise more people around the country to help improve the lives of others, less fortunate.”

Variety, the Children’s Charity, is dedicated to supporting children and young people across the UK who are disabled and disadvantaged, facilitating positive experiences for them, through its vast array of programmes and initiatives. Since setting up its UK division in 1949, the charity has raised over £200 million and supported more than 800,000 children.

Warwick Davis joins a long line of illustrious celebrities who have supported Variety since its inception. The charity has its roots in showbusiness and stars such as Sir Michael Caine; James McAvoy; Barbara Windsor and Joan Collins, have all pledged their backing in recent years, and helped contribute towards Variety’s rich entertainment heritage.