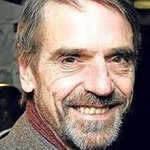 The power of BLUE Ocean Film Festival and Conservation Summit to catalyze cultural change and to shift global consciousness has drawn an A-list of ocean stars from all walks of life.

BLUE is a unique public event with global reach, where advanced ocean technologies are showcased in concert with inspiring films, and an amazing and diverse collection of other venues. Founded in 2006 by Debbie and Charlie Kinder, it has become internationally renowned for its unique ability to spark important discussions in areas of ocean science, conservation and exploration, and as a platform for professional development among industry leaders, students, and marine enthusiasts all over the world.

“BLUE is a unique gathering of filmmakers, storytellers, and technologists who come together to figure out how to ignite public passion for the ocean,” said Jenifer Austin, Manager of Google Ocean Program.

BLUE 2014 Highlights:
• Academy Award winning actor and advocate Jeremy Irons will host a special screening of his award-winning ocean pollution documentary, Trashed.
• Opening night special screening of James Cameron’s DeepSea Challenge 3D. The Oscar Award- winning director’s journey to fulfill his lifelong dream of diving to the deepest part of the ocean will be showcased in 3D, ultra high-definition, at The Mahaffey Theatre. The expedition team will be on hand and James Cameron’s actual diving sphere will be available for viewing throughout the event.
• Presentation of Making Waves Award to Sir Richard Branson
• An address from Katherine Anne “Kathy” Castor, U.S. Representative for Florida’s 14th congressional district.
• 75 International Fulbright Scholars by special invitation from the U.S. State Department
• Rising Tides: Sea Level Symposium with guest speaker Dr. Gary Mitchum, oceanographer at University of South Florida St. Petersburg, who will lead an important discussion that is close to home in Florida and everywhere around the world.
• Fabien Cousteau’s Mission 31. The first grandson of Jacques-Yves Cousteau will share footage from his recent expedition living 31 days submerged in the Aquarius, the world’s only underwater marine habitat, located off the coast of the Florida Keys.
• Special screening of Mission Blue, which follows Dr. Sylvia A. Earle around the globe on her life-long mission to protect the ocean. Widely recognized as one of the world’s most influential ambassadors for the ocean, Dr. Earle has been called a “Living Legend” by the Library of Congress, and the first “Hero for the Planet” by Time Magazine.
• Exclusive goliath grouper exhibit and slideshow by National Geographic photographer David Doubilet. Doubilet has produced nearly 70 stories for the National Geographic Magazine since 1971, is a feature columnist, author of twelve books, award recipient, and founding member of the International League of Conservation Photographers (ILCP).
• Renowned Australian photographer, explorer, Senior Fellow at ILCP, and author, Michael Aw, will be exhibiting photographs and giving workshops throughout the festival. Aw was named one of the world’s most influential nature photographers by Outdoor Photography.
• Sir Robert Swan, the world’s first person to walk to both the North and South Poles. Sir Robert Swan will deliver the keynote, “Leadership on the Edge.”
• Google Ocean Program and Catlin Seaview Survey will present an exclusive preview of new StreetView images from the Florida Coast.
• Environmental journalism workshop hosted by Poynter Institute.
• Other speakers include Dan Basta, Director of National Marine Sanctuaries, Paul Baribault, VP at Disney Studios, legendary underwater filmmaker Stan Waterman, Mote Marine Laboratory’s founder and pioneering scientist Dr. Eugenie Clark “The Shark Lady,” and more.
• Special appearance by “Gossip Girl” actress, Kelly Rutherford.
• Screening of 150+ films, Q&As with famous ocean celebrities, art exhibits, the prestigious BLUE Carpet Awards, fun family activities, Ocean Voyagers, a special collaborative screening and live score presentation by The Florida Orchestra, and much more. A complete listing of events and speakers (subject to change) is available at www.blueoceanfilmfestival.org/

Host city of BLUE 2014, St. Petersburg, Florida, was named a top global place to visit in 2014 by The New York Times and is among the most concentrated centers of ocean research in the world. BLUE Film Headquarters is the Hilton St. Petersburg Bayfront.

“Ocean issues urgently need our attention and not just for the well being of future generations, but for the health of our own children. If humanity’s life support system is lost, little else matters. I believe film and entertainment are the most powerful tools we have for reaching a large number of people in a short amount of time, hopefully before our only choice is crisis management,” said Debbie Kinder, Co-Founder and CEO of BLUE.

“This event uses the power of film, photography, entertainment and science to educate, empower and inspire ocean stewardship around the globe,” he said. “To awaken consciousness toward environmental protection more effectively, our best weapons are those that win over our hearts and minds.” 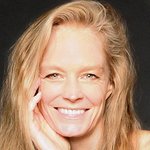