Prince Albert II is the head of the House of Grimaldi and the current ruler of the Principality of Monaco.

Prince Albert has begun to return the animals from Monaco’s Jardin Zoo to the wild, and intends to convert the Jardin to a zoo for children. The project was undertaken in conjunction with the Born Free Foundation.

In January 2009, Prince Albert left for a month-long expedition to Antarctica, where he visited 26 scientific outposts and met with climate-change experts in an attempt to learn more about the impact of global warming on the continent.

In June 2009, Prince Albert wrote an open letter to the Wall Street Journal about the Blue Fin Tuna fishing industry, in which he said Monaco would seek to award endangered species status to the Mediterranean bluefin. If upheld by the voting CITES delegates, this proposal would effectively ban the international trade in Mediterranean bluefin.

On 23 October 2009, Prince Albert was awarded the Roger Revelle Prize for his efforts to protect the environment and to promote scientific research.

Prince Albert II of Monaco has supported the following charities listed on this site:

Google trends for "Prince Albert II of Monaco"
Available to Insiders only
Get Insider Access to these insights & more...

You can contact Prince Albert II of Monaco using details from this service. (Or read our advice on how to contact celebrities)

Earth Day 2020 Brings Together An Unprecedented Collection Of Voices Apr 17, 2020

With the 50th Anniversary of Earth Day (April 22) fast approaching, now more than ever we need to connect as a global community united in our fight to protect the health and welfare of the planet and its people. More →

On April 7, 2020, Under the High Patronage of His Serene Highness Prince Albert II of Monaco, and for the benefit of the Princess Grace Foundation-USA the Principality will roll out the red carpet for the Monaco premiere of James Bond’s No Time To Die, directed by Princess Grace Award winner Cary Joji Fukunaga. More → 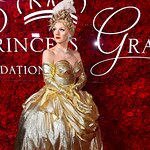 We don't have any videos related to Prince Albert II of Monaco.