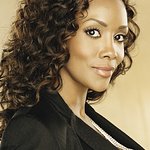 Best Buddies International, a nonprofit dedicated to creating opportunities for friendship, employment and leadership training for people with intellectual and developmental disabilities (IDD), is excited to support Hollywood actress and Best Buddies Celebrity Ambassador Vivica A. Fox as one of the newest cast members on the upcoming season of Donald Trump's Celebrity Apprentice.

“Best Buddies has been fortunate to work with Vivica for more than 15 years and we could not be more proud and honored that she has selected Best Buddies as her charity of choice on Celebrity Apprentice,” said Anthony K. Shriver, Founder and Chairman of Best Buddies International. “She is up against some fierce competition, but I am confident that her hard work and passion for Best Buddies as a whole will prove that she is a force to be reckoned with.”

The new season of Celebrity Apprentice will begin with a two-night premier on January 4-5, 2015. It is the 14th season of The Apprentice and seventh of Celebrity Apprentice, which has raised over $14 million for charity. The hit television show brings together 16 varied celebrity contestants this year to compete in multiple business-driven tasks around New York City. Contestants will partake in challenging assignments that test their ability to work with one another while raising money and awareness for their respective causes.

Other contestants on the show will include Reality star and author Brandy Glanville, Actor Gilbert Gottfried, NFL great Terrell Owens and many more.