John Brenkus and his wife Lizzie Brenkus have released the holiday music video “Christmas is My Favorite Time of Year,” with 50% of the proceeds going to unite4:good foundation, an organization that promotes positive, global change through acts of kindness.

John is the host and Creator of the six-time Emmy award-winning program “ESPN Sport Science” as well as the author of the New York Times Bestseller “The Perfection Point.”

“Christmas is My Favorite Time of Year” recently became a YouTube sensation with over 2 million views and plays on top 40 radio stations across the country, including Sirius XM Holly. The song is chock-full of special appearances from high profile athletes such as Larry Fitzgerald, Vernon Davis, Robert Griffin III, Ray Lewis, Jerry Rice, Trent Differ, Jeremy Lin, Kevin Love and many more. The video, which was shot on the set of “Sport Science,” celebrates the holiday season with this cheerful, upbeat song that features the “Sport Science” team.

“We wrote the song and made a video originally just for our annual family Christmas card, but when we finished it, everyone kept telling us that it was the catchiest song they’ve ever heard,” says John Brenkus. “All that feedback really fueled us to actually record the song and make a video with the ‘Sport Science’ team. ‘Sport Science’ has always been such a force for positivity and fun that it was a perfect fit.”

Anthony Melikhov, Global Philanthropist and Founder of unite4:good foundation says, “We are thrilled that John, Lizzie and the ‘Sports Science’ team have chosen unite4:good foundation as a recipient of their proceeds. Their creativity and initiative is evident by the millions of people who have already tuned in to view what can beautifully come together when families work together. What a wonderful testament to the holiday spirit of giving and collaboration.”

“Christmas is My Favorite Time of Year” is available on iTunes, Amazon, and all digital properties for .99 cents. 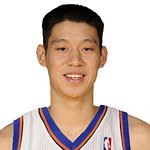 You've Got the Power with Jeremy Lin