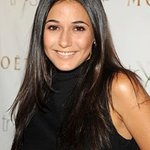 Cameo, a platform enabling fans to purchase personalized videos from their favorite pop culture personalities, announced today that Cameo and their participating talent will donate a portion of their proceeds to benefit wildlife affected by bushfires in Australia.

Starting January 9th through January 17, 2020, a percentage of fulfilled Cameo requests from select talent will be given to WIRES, Australia’s largest wildlife rescue and rehabilitation organization, to help support animals in need.

According to WIRES, ecologists from the University of Sydney have estimated over 800 million animals have been affected across Australia since the fires began in September 2019. Summer is always an extremely busy season for wildlife rescue and in December 2019 WIRES volunteers attended over 3,300 rescues.

“Our team has been heartbroken by the images of harmed wildlife coming out of Australia,” said Cameo CEO Steven Galanis. He continued, “We wanted to help and we’re fortunate that so many members of the Cameo Fameo have agreed to donate a portion of their Cameo proceeds to such a worthy cause.”

“WIRES have been overwhelmed by the support of the international community for Australian wildlife during this crisis. We sincerely thank everyone for their support, including Cameo and their incredibly generous talent and clients, their support of our rescue and care work with sick, injured and orphaned native animals is deeply appreciated.” WIRES Operations Manager, Kyla Shelley

With just a few quick clicks on the Cameo website, users receive a personalized video message in their inbox, which can be shared with friends or family to celebrate birthdays, holidays, or other events. Each message is fully customized through the talent’s own words and personality.

For more information about the Cameo campaign to benefit bushfire victims, click here.