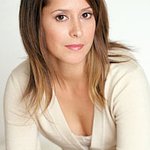 On October 15th, the streets of L.A. will play host to the 21st Annual AIDS Walk Los Angeles!

The event brings out stars who are usually seen on the red carpet, not the pothole pavements of Hollywood. Joining them are thousands of stars who may never grace the cover of US Weekly, but who shine in the eyes of their biggest fans: family and friends.

Along with raising awareness of HIV/AIDS, the event raises money that benefits AIDS Project Los Angeles and neighboring HIV/AIDS service organizations. Thanks to the supporters who talk the talk and walk the walk, AIDS Walk Los Angeles raised $3.2 million last year!

It’s not too late to lace up your walking shoes and get sponsored! You may just find yourself making strides alongside Kimberly McCullough, who portrays the groundbreaking, HIV-Positive character Robin Scorpio on ABC’s General Hospital!

On Thursday, October 27, 2016, amfAR, The Foundation for AIDS Research, will honor Jeffrey Katzenberg and Charlize Theron for their outstanding contributions to the fight against AIDS. More →