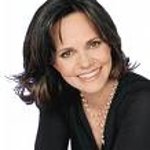 The sold-out event will be held at the Seaport World Trade Center Boston.

This year’s conference features more than 15 renowned leaders from business, media, education, and entertainment who will share their wisdom, insights, and practical advice with more than 3,000 business and professional women at the conference.

“These women exemplify our conference theme, ‘Dare to Compete,’” said Judy Benjamin, Executive Director, Simmons Leadership Conference. "They have transcended challenges on their way to achieving great success and they have demonstrated the confidence and determination to compete in diverse arenas.

“At last year’s conference, Former Secretary of State Hillary Rodham Clinton called on attendees to ‘dare to compete’ at a higher level in their careers and lives," said Benjamin. “We took that to heart, and have created a program with resilient women who have pioneered and persevered, and who have never backed down from a challenge throughout their careers.”

The Simmons Leadership Conference is the preeminent and longest-running women’s leadership forum in the country. Conference proceeds help further the development and advancement of future corporate, organizational, and civic leaders through Simmons graduate scholarships. It is the capstone program of SimmonsLEADS, a set of dynamic programs and events that focus on the empowerment and development of women leaders.

Notable Speakers
The winner of multiple Academy, Golden Globe, and Emmy awards for best actress, Sally Field has been one of the most versatile and durable talents in Hollywood for more than 50 years. From her breakout performance in the miniseries Sybil, to her career-defining appearance in Norma Rae, to her star turn as Mary Todd Lincoln in Lincoln, Field has portrayed a full range of memorable, psychologically complex characters. She is a long-time activist for women’s rights.

A rare combination of high-energy executive, consensus builder, and sports aficionado, Dawn Hudson is the newly named chief marketing officer at the National Football League. Until October 2014, Hudson was the vice chairman of The Parthenon Group, a Boston-based strategic consulting company. Hudson is the former president and CEO of Pepsi Cola’s $6 billion North American beverage business, where she helped to revolutionize tie-ins with sports.

Arianna Huffington is the chair, president, and editor-in-chief of the Huffington Post Media Group, as well as a nationally syndicated columnist, radio host, and author of 14 books. In 2005, she co-founded the Pulitzer Prize-winning The Huffington Post, a news and blog site that quickly became one of the most widely read and frequently cited media brands on the Internet.

Extolled by Rolling Stone as one of the greatest singers of all time, Darlene Love has captivated audiences around the world for more than 60 years. Love’s vocals for The Righteous Brothers, Dionne Warwick, Marvin Gaye, and Elvis Presley set the stage for her emergence as a star in her own right. Love was prominently featured in the Oscar-winning documentary Twenty Feet from Stardom. She is a Rock and Roll Hall of Fame inductee.

Four pre-conference seminars, which require separate registration, kick off the conference on Wednesday, April 1. Topics include:
• Leadership: Create Your Powerful Future,
• Breaking the Glass Border through Global Mindset: the Next Leadership Challenge for Women,
• Leading Teams that Deliver Results, and
• Getting to Better Ideas: Creativity and Innovation in Practice.

A pre-conference reception that evening is complimentary for registered conference attendees.