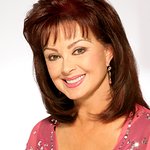 The special event will pay tribute to brave military dogs and their heroic human handlers. Ms. Judd was awarded American Humane Association’s “Humane Legacy Award” at Mrs. Pope’s 2013 Lady in Red Gala for her lifetime dedication to making the world a better place for the infirm and our most vulnerable.

She was first known to the world as half of country music’s mother-daughter duo, The Judds. Reaching unprecedented success throughout the 80’s and 90’s, The Judds sold 20 million records, scored fifteen number-one hits, and received over 60 industry awards, including six Grammys, seven consecutive CMA Vocal Group of the Year awards, and the ACM’s Top Vocal Duet award.

Her rise to the top of the country music charts was sadly cut short when she was diagnosed with Hepatitis C, a chronic liver disease, having contracted the disease from an infected needle during her previous career as a registered nurse. Though The Judds retired from the music industry, Ms. Judd did not retreat from the public spotlight, instead becoming the first national spokesperson for the American Liver Foundation. Utilizing her fame and passion to help people, she spread awareness of this potentially fatal disease, helping save untold numbers of lives. In 2004, she published “Naomi’s Breakthrough Guide: 20 Choices to Transform Your Life,” which remained on the New York Times Bestseller list for more than eight weeks. In 2008 “Naomi’s Guide to Aging Gratefully: Facts, Myths, and Good News for Boomers” hit shelves and impressed critics, medical professionals, and fans. In 2012, she hosted a six-week SiriusXM radio series entitled, “Think Twice.”

Over the past few years she has worked extensively with American Humane Association. Last May she went to Capitol Hill to speak at the organization’s congressional briefing on its “Canines and Childhood Cancer” study, which is seeking to quantify the powerful, soothing touch of animal-assisted therapy for children with cancer and their families. Before her rise to the top of the country music charts, Ms. Judd was a nurse and saw first-hand the bond between children and therapy animals. She spoke to a packed room about why this study is so important. She has also served as a celebrity judge and presenter at the American Humane Association Hero Dog Awards, the annual celebration of the extraordinary things done by mankind’s best friend.

“Naomi is the living embodiment of a humanitarian, and we are so honored that she is able to join us in Palm Beach on March 17 for the ‘K-9 Battle Buddies’ luncheon,” said Dr. Robin Ganzert, American Humane Association’s president and CEO. “She has dedicated her life to making the world a better place for so many. Her appreciation for our military heroes knows no bounds, and we know that the heroic military dog teams at the luncheon will cherish their time with her.”

“I’m honored to be able to call Naomi Judd my friend,” said Mrs. Pope. “She is a living legend, not just because of her considerable achievements in country music, but through her advocacy, philanthropy, and support of so many wonderful causes. Thank you, Naomi, for joining us at the Mar-a-Lago Club for this special luncheon.”

Information about the March 17th “K-9 Battle Buddies” gala luncheon can be provided by Jill Nizan at jilln@americanhumane.org or by calling 1-800-227-4645. Jet Paws and Military Freedom sponsorship opportunities are also available.

It all comes down to this. After nearly a year, more than 400 nominations, a million votes by the animal-loving public, and a national television broadcast, seven courageous canines are converging from across the nation to compete for the top prize next month at the 2021 American Humane Hero Dog Awards gala. More →