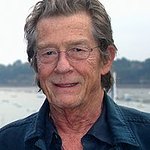 World Animal Protection has launched a petition requesting the Ministry of Natural Resources in Russia help give two, 20 year old bears the freedom they have been denied for so long.

Since they were tiny cubs, these two bears have been held in captivity in a restaurant in Sochi, Russia. Kept in filthy, cramped cages these defenceless bears are fed cake and chips by guests and even made to drink beer. Instead of grass beneath their paws, home is a concrete bunker behind a steel fence.

After years of neglect, poor diet and abuse, the bears are in urgent need of veterinary care and attention. One of the bears is completely blind.

World Animal Protection is currently working with Big Hearts Foundation to rescue the bears from their misery and move them to the space and freedom of the Romanian Bear Sanctuary.

This week a court order comes into effect, making the local Ministry of Natural Resources responsible for seizing the bears from the current owner. WAP will then urge the Ministry to take the bears somewhere safe – away from the misery and filth – giving WAP the chance to arrange a journey to the safety of the Romanian Bear Sanctuary.

The more people that sign the petition, the greater the chance to change the lives of these bears forever. With space for the bears at the Sanctuary right now, this may be the best chance they will ever have for that freedom.

Among the stars who are supporting the petition are John Hurt, Ricky Gervais, Brian Blessed, Alesha Dixon and Lena Headey.