Matthew Perry To Be Honored At Triumph For Teens Gala 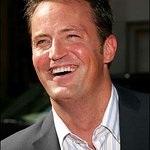 The event celebrates the victories of young people in overcoming their addiction and related ailments and recognizes contributions and accomplishments which have positively influenced the health and welfare of our communities, especially our at risk youth.

“Each of our honorees has demonstrated a long-standing commitment as a role model for civic involvement,” said Pouria Abbassi, P.E., Regional Director and President of Phoenix Houses of California. “With the care, compassion and generosity of our honorees and supporters, we are able to provide young people with a stabilizing recovery from addiction and related disorders, help to renew family relationships and reintegrate them into the community.”

For more than 35 years, Phoenix House has been a beacon of hope in Southern California for the most vulnerable men, women, and teens – rebuilding lives, reuniting families, and creating stronger communities. Today, Phoenix Houses of California serves over 4,000 individuals a year plus their family members and reaches more than 30,000 community members through outreach, volunteerism, and prevention and education services.