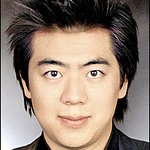 Lang Lang took time out of his busy musical schedule to spend the day with young children at a kindergarten in Beijing and to shoot a public service announcement with Cookie Monster from Sesame Street. Interacting with children, Lang Lang had the opportunity to understand how this model public kindergarten was bringing a combination of creative art, music and play to children aged 3 to 6 years old.

"The early years of a child’s life is the period when children’s worldview takes shape. They start to learn things and they learn very fast during this period of time. It’s just like when you practise the piano in the morning, it is easy to remember the piano score. For young children, it is the morning period in their life," said Lang Lang.

The estimated returns on investment in Early Childhood Care and Education for disadvantaged children are as high as 1:17 proving it is one of the most cost-effective strategies for reducing disparity. In the longer run it can also contribute to improved adult health, education and productivity.

"We know that building the right foundations in the first few years of life can play a critical role in how a child later learns, adapts to change and physically grows and develops into an adult," said Chen Xuefeng, UNICEF China’s Early Childhood Development Specialist. “More and more scientific evidence proved that the quality of early childhood is very, very critical in shaping a person’s lifetime development and happiness. It contributes significantly to the life of an individual, and it is important to break the cycle of poverty and build a more stable society.”

UNICEF is advocating globally for early childhood development to be central to the post-2015 development agenda. An estimated 1 in 3 children under the age of five years old in low and middle income countries are not reaching their full potential. Globally, the gross enrollment ratio of pre-primary education is only 48 per cent, with rates as low as 17 per cent in some countries in Sub Saharan Africa.

China recently participated at the World Education Forum, a global meeting in the Republic of Korea, where the Declaration on Education 2030 was adopted. This highlighted the country’s commitment to early childhood development and affirmed their commitment to make sure education is a central pillar of the 2015 agenda.

As part of efforts to raise more awareness about early childhood development, Sesame Street and UNICEF have teamed up with Lang Lang to produce a public service announcement. “We are thrilled to partner with Lang Lang and UNICEF, both long-time friends of Sesame Street, on a PSA that will positively impact children, parents and teachers. With a mission of helping all children grow smarter, stronger and kinder, Sesame Workshop advocates access to early childhood development which we believe can unlock a child’s future potential, change lives and make the world a better place,” said Shirley Zhu, Vice President, Executive Director China for Sesame Workshop.

After a decade as a UNICEF Goodwill Ambassador promoting child rights, Lang Lang was appointed by the UN Secretary General to become a UN Messenger of Peace to advocate on global education.

To promote ECD concept and knowledge, UNICEF China has launched a social media campaign. To support services for children, especially in emergencies, an Inspired Gifts campaign is also underway. Individuals and companies can contribute by buying gifts such as water purification tablets, story books, and ECD kits. These Inspired Gifts will be sent by UNICEF to areas where they are most needed to address inadequate nutrition, care and stimulation.