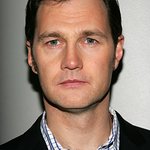 This year alone Greece has received an influx of over 80,000 refugees. The number of arrivals are now totaling over 1,000 per day.

David said: “There is a new Greek tragedy unfolding and I am deeply shocked by what I have seen and the stories shared with me. The main protagonists of this human drama are Syrian refugees who make up over 60% of the arrivals to Greece and are facing incredibly high risk odds to cross the sea from Turkey.”

David took part in a search and rescue with Greek coast guards who often rescue up to 15 boats a day. He said: “The Greek authorities are battling with their own economic crisis and this previously unseen surge in the number of refugees is too much of a burden for one country to face at the best of times, never mind at this testing period in Greek history. We need all governments in Europe to step up to the plate and make this an EU issue not just one for Greece. We need governments to offer meaningful and credible alternatives such as resettlement so those fleeing violence and persecution don’t have to make these perilous journeys.”

David spoke with a young boy Mohammed who had crossed the waters without his parents. He told David of the heartache of leaving his mum and dad in Aleppo and how he hadn’t seen them for two years.

“As a father myself I couldn’t imagine not seeing or hearing from my 13 year old child for 2 years, wondering where they are in the world and not knowing if they are safe or not. Praying that they are met with kindness and compassion.”

Mohammed and thousands of others are arriving into Molyvos and are greeted by volunteers – a mixture of local people, holiday-makers and expats who have come together to support the refugee arrivals giving them food, water and letting them know the next steps in their pilgrimage to safety.

Melinda is one of the volunteers who owns a taverna in the picturesque village and also speaks to the coastguard every day to find out how many people have been rescued from the sea and how many sandwiches to make for the newly-arrived refugees. She said “We have the same number of people who arrived here in one year arriving in just one day. We are all doing our best and people’s generosity and support is astounding but it is too much to cope with it all at this level.”

There is an urgent need for more funds and agencies to scale up to this disaster. UNHCR is working with partners to provide water, food and sleeping mats, providing translators to facilitate registration with Greek authorities. But more funds are needed and a greater commitment from governments to ensure safe and dignified reception. UNHCR is also urging States to consider increased use of credible legal alternatives such as resettlement, humanitarian admissions, individual sponsorship or family reunification so that people in need of international protection do not have to resort to dangerous irregular movements and the use of smugglers.

Morrissey said: “This situation is not going away and will get closer and closer to the UK and the rest of Europe. It has to be dealt with collectively and Greece has to be supported. To me this feels like the challenge of our age, it is indeed a refugee crisis unfolding in the Mediterranean and we must as human beings rally round to help.”