The Platters Invite People To Pledge For Peace With New EP 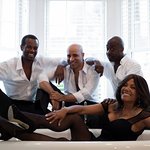 Rock and Roll, Vocal Group and Grammy Halls of Fame international recording artists The Platters are drawing on their historic roots to record a special EP produced by, for and with the people of America to support – and more importantly to promote – harmony, justice and peace in communities during these tense times in America.

In association with PledgeMusic, a pioneer in the direct-to-fan platform that combines the experience of buying music and supporting a favorite artist into a more personal experience, The Platters will lead the People’s Recording; a six-track EP containing messages of hope, optimism and peace through song.

People from all sectors of society are invited to Pledge for Peace with The Platters, in effect, taking on the role of executive producers of the project. Pledgers even will have the opportunity to perform on the recording as part of The People’s Chorus.

The EP will be titled E-Peace: America in Harmony!, and will feature six tracks. It will include an original song written by The Platters Music Director Michael Larson, “The Love You Gave Me,” and new recordings in The Platters retro-contemporary style comprised of “Someday” (All-4-One), “Imagine” (John Lennon), “People Get Ready” (Curtis Mayfield) and “Amazing Grace” (Traditional), in addition to a secret bonus track, to be announced later this summer.

The track, “The Love You Gave Me”, will be sung by a multi-racial/multi-ethnic group of children from various youth choirs in Massachusetts.

100 percent of net money raised with the people’s pledges will support the recording and fund the 2015 Liberty Grant in Honor of Justice Anthony M. Kennedy to be entrusted to the Massachusetts Society for the Prevention of Cruelty to Children (MSPCC). This grant will be used for programs that provide mental health counseling for children and foster families, facilitate adoptions, find forever families for biological children that cannot return home, advocate for laws that protect children from physical and sexual abuse and provide education to single parents to help them reach career goals and become productive members our communities.

The grant is named in honor of United States Supreme Court Associate Justice Anthony M. Kennedy who has long been a forward-looking thought leader and champion of liberty and equality for all Americans.

In 1996, during a speech to Stanford law students, Justice Kennedy said, “Other countries are very concerned about the state of civility in our society and the order or disorder our criminal justice system presents.” An observation he made well before the current reported incidents of excessive force within some police departments that have sparked, at times, violent, racial unrest reminiscent of the civil rights era.

“The Platters were at the nexus of music and social change during the ’50s and ’60s. Shouldering that legacy, it is only fitting that they would once again offer their voice as a bridge toward harmony, justice and peace. PledgeMusic stands by them with this unifying message,” said Jayce Varden, PledgeMusic Co-founder & Head of Global Campaign Operations. 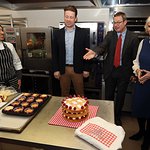