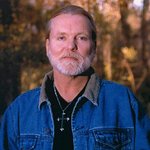 In a special program presented by the Skirball Cultural Center and the GRAMMY Foundation, GRAMMY winner Gregg Allman, renowned founding member of the Allman Brothers Band, will discuss the impact of legendary concert promoter Bill Graham on his career with GRAMMY-nominated country star Eric Church.

Moderated by Scott Goldman, Vice President of the GRAMMY Foundation and MusiCares, the evening concludes with live acoustic performances by both Allman and Church, which will be recorded as part of the GRAMMY Foundation Living Histories program on Thursday, September 24, 2015, at 8:00 p.m.. Sponsored through a charitable partnership with Iron Mountain Incorporated (NYSE:IRM), the storage and information management company, the Living Histories program preserves on visual media the life stories of key recording industry professionals and visionaries who helped create the history of recorded sound. To date, the Foundation has completed more than 200 interviews with artists, producers, executives, and technology pioneers.

When the Allman Brothers Band first played the Fillmore East in December of 1969, Graham introduced them to a wide, appreciative audience. Two years later, they returned to that same stage, where they had played many times since, to record their seminal live album, At Fillmore East. These performances at the Fillmore cemented the Allman Brothers Band’s reputation for unforgettable live shows and eventually contributed to a young Eric Church’s interest in country music. In this special conversation, Allman and Church will discuss how Graham continues to influence their respective careers and those of a long lineage of musicians.

Before the program, visit the exhibition Bill Graham and the Rock & Roll Revolution, open from 5:30 to 8:00 p.m. On view at the Skirball Cultural Center through October 11, the critically hailed exhibition is both a deeply personal reflection on Graham’s life and an exploration of how Graham helped transform rock music into the immersive, multi-dimensional, and highly lucrative phenomenon of rock theater that persists today. While visiting the exhibition, be sure to find the guitar Duane Allman played on At Fillmore East.

Tickets for this event hosted at the Skirball Cultural Center are on sale now.