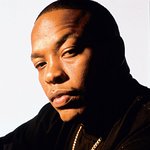 Hours before releasing his critically acclaimed third studio album Compton (Aftermath/Interscope Records), a sixteen track effort that’s musically “ornate and grand-scaled”, as noted by the New York Times, and which is inspired by the sounds and sights of his iconic hometown, Dr. Dre announced plans to fund a new performing arts center in his old neighborhood.

“I’ve been really trying to do something special for Compton and just couldn’t quite figure out what it was,” he told the Beats 1 host Zane Lowe in an interview conducted late last week. The idea’s genesis came from Compton Mayor Aja Brown; “she was already in the process of working on it,” Dre told Lowe, "so I said, ‘Boom, this is what we should do!’ "

Compton, a body of work lauded by the Irish Times as “magnificent”, with “track after track rocking back and forth with a vibrant, invigorated and pointed momentum”, is rich with imagery and ideology about life in the infamous southern Los Angeles neighborhood. It has been heralded – via Rolling Stone, who remarks Compton “contains some of his most ambitious, idea-stuffed production ever”, the Guardian, who names Dre’s “gift for rejuvenation remarkable”, and Grantland who calls it “the first undeniably earth-shifting and socially abstract eyes-wide-open moment in a solo career” – as offering a unique new view of the city’s evolution over the last several decades, since Dr. Dre and N.W.A. put Compton on the cultural map with the 1988 release of their classic record, Straight Outta Compton.

In short, there is no more appropriate source of funding for a new facility meant to serve as a haven and source of creative inspiration for Compton’s youth. “It will give kids something to do during these long summers,” said longtime Compton resident Rick Bludso, when asked about the new center by The Los Angeles Times. “It is real good thing, a real good thing.”

This year a record breaking 100 “kind soled” A-listers have given up their footwear for the Small Steps Project Celebrity Shoe Auction. More →