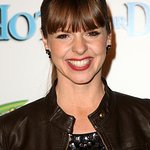 Vets, animal behaviourists and dog welfare groups have lined up to join the National Anti-Vivisection Society in opposing “scientifically regressive and widely opposed” plans to breed beagle dogs for experimentation in Yorkshire.

It’s Me or The Dog star Victoria Stilwell, TV vets Emma Milne and Scott Miller and Animals Matter author Marc Bekoff lead the call for the government to overturn Secretary of State Greg Clark’s decision last month overriding his predecessor Eric Pickles and repeated rejections of the dog farm by the local council. The animal experts say giving the facility the go-ahead contravenes the government’s pledge to reduce animal use and will “plunge science back into the dark ages”.

Since the announcement was made on 16 July over half a million people have signed a petition against the controversial plans. Reacting at the time, Queen guitarist and Save-Me Trust founder Brian May said he was “sickened” that the facility was going ahead “ignoring the views of the public and local authorities”, while Downton Abbey’s Peter Egan spoke of the “gentle animals” who would be “force-fed and killed in crude tests that are of little use to people.” Both Brian May and Peter Egan join BBC Radio 2 DJ Mark Radcliffe in supporting the NAVS campaign against the facility, where as many as 2,000 dogs will be bred for research each year.

NAVS President Jan Creamer said, “The NAVS stands united with animal experts, the public, local authorities and residents in opposing the Yorkshire beagle farm and urge the government to take the democratic, ethical and progressive path and overturn the Secretary of State’s decision. Experimenting on dogs produces unscientific and unreliable results due to differences between species, yet there are sophisticated replacement techniques already in use. Increasing breeding facilities for outdated animal tests is a backward step and at odds with the government’s own commitment and the international trend towards advanced scientific methods”.

There has been a substantial reduction in dog experiments over the past ten years. Latest statistics show that 3,554 dogs were experimented on in Britain in 2013, down from 5,088 in 2003. The NAVS is concerned that the surge in availability of beagles could lead to a dramatic increase in dog experimentation, simply because of supply and convenience.

Dogs are commonly used for ‘toxicology’ experiments where they may be force-fed chemicals and have toxic substances pumped into their bodies, which can result in extremely painful effects and even death. Almost all individuals are killed at the end of the experiment.

NAVS investigations have revealed the shockingly crude and unscientific reality of the tests, for which, being small and docile, beagles are preferred test subjects – chemicals accidentally pumped into dogs’ lungs; puppies force-fed weed-killer which had been on sale for 20 years; tests conducted after human studies began (against scientific protocol); human studies conducted after adverse results in dogs.

These tests are fundamentally flawed due to differences between dog and human physiology – chocolate, grapes and human medicines such as Ibruprofen are deemed safe for humans, but are potentially harmful to dogs.

Science is moving away from using animals with far more advanced alternatives available including organs on chips, cell cultures and computer modelling. The government has pledged to reduce the number of animals in experiments and, as stated by Grahame Morris MP, the beagle farm decision is “completely out-of-step” with this commitment.

Yorkshire Evergreen is owned by US multinational animal supplier Marshall BioResources and has been attempting to push through its plans for four years, appealing multiple rejections. Earlier this year, one of its former directors was convicted of illegally killing and mistreating animals by an Italian court. Marshall BioResources’ Italian facility ‘Green Hill’ was closed and the dogs have been re-homed.