Big Wigs For A Big Cause 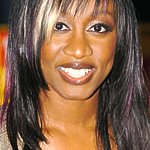 The best costumes were modeled on the catwalk and the designer wigs – meant to be works of art – are being auctioned on e-bay for charity. Proceeds from the ticket sales, donations and the auction – with a target of £55,000 – will go to Crusaid's Point of Light Projects.

The “Points of Light” projects offer the desperate children of Zambia a safe place to go. With over 700,000 AIDS orphans whose daily battle of earning money just for food is often lost, these Projects offer havens with food, shelter, education access, grief counseling, life skills and a place to turn for support.

Crusaid Chairman Rob Kemp said, “We have made grants of over £25 million, bringing help and hope to people in poverty with HIV and AIDS in the UK and southern Africa.”

After 22 years of work, however, there is much left to do. “Crusaid’s work today remains as vital as ever. The alarming rise in the number of people with HIV is testament to the huge task that still faces all charities working in this sector.”