Comedy Boot Jam For Our Troops 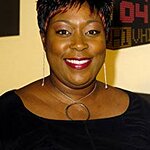 “Comedy Boot Jam” is a star-studded, private event created on behalf of Boot Campaign to show appreciation for our military heroes in a unique and fun way.

Hosted by critically-acclaimed comedian Josh Wolf (E!‘s Chelsea Lately, CMT’s The Josh Wolf Show), “Comedy Boot Jam” will be a night filled with laughs made by A-list stand-up comedians and celebrity supporters celebrating our Active and Veteran service members. The night will begin with arrivals on a military camo-themed carpet.