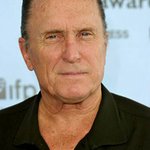 Each year Washington West directs 100% of its box office net proceeds to projects which aid communities in need. The story of each project is told through a short film that premieres at the following year’s festival.

“It is not often that we come across film festivals that devote 100% of their proceeds to support nonprofits,” says philanthropist and co-founder of RDCF, Luciana Duvall. “It really reflects the heart of Washington West Film Festival, and we are honored that the Robert Duvall Children’s Fund was chosen as this year’s benefiting charity. The Washington West Film Festival gives those we support a platform to tell their story of resilience and hope, and for that we are very grateful.”

Founder and President of the Washington West Film Festival, Brad Russell says, “The RDCF provides us extended opportunities to better the lives of children and their families who are challenged by poverty, illness, or poor education. Their sincerity and integrity reflect what we hope to be building, ourselves, as a force in the Washington, DC region.”

Festival staff and volunteers are working to finalize their collaborative project. Details of this year’s annual project are set to be announced to audiences during the festival’s Opening Night.

The Robert Duvall Children’s Fund is a 501c3 committed to provide for the welfare, health, education and relief of children and their families who are poor, distressed or underprivileged. This is accomplished by promoting and supporting activities of charitable organizations that provide medical assistance, promote education, instruction and development, or provide assistance in meeting requirements relating to food, clothing and other basic needs for children and their families around the world. The Robert Duvall Children’s Fund also strives to educate children about the importance of environmental conservation initiatives through partnerships with nonprofit organizations focused in this area. For more information, please visit www.robertduvallfund.com.

Headquartered in the technology hub of Reston, Virginia, the Washington West Film Festival celebrates its 5th festival this October 21-27, 2015, with 40+ films from around the world at venues across the greater D.C. region, including The National Press Club, Wolf Trap Foundation For The Performing Arts, George Mason University, the Lorton Workhouse Arts Center, Loudoun County , the Angelika Film Center, and its flagship venue, Bow Tie Cinemas in Reston Town Center. Tickets go on sale mid-September.

Box Office Proceeds NOTE: Washington West explains all 2015 net box office proceeds will be directed to the RDCF with the exception of one Sunday evening 10/25 film, a red carpet screening of Back To The Future, which will be given to the Michael J. Fox Foundation for Parkinson’s Research.