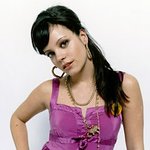 Singer Lily Allen has revealed that the song she wrote for the film Pan – titled Something’s Not Right – is in memory of her baby son who died in 2010. She also kindly asked fans on Twitter to donate to stillbirth and neonatal death charity Sands ‘in his memory.’

“5 years ago today I was admitted to hospital,” tweeted the singer. "4 days later I delivered a beautiful baby boy, but sadly he didn’t make it.

“It’s unlike me to discuss this sort of thing so publicly but I wrote this song in his memory when writing something for @panmovie.”

Sands operates throughout the UK, supporting anyone affected by the death of a baby, working to improve the care bereaved parents receive, and promoting research to reduce the loss of babies’ lives. To find out more about the charity, and to make a donation, click here.

WOW – Women of the World – has announced two major events across International Women’s Day 2019 to address the state of gender equality today. More →