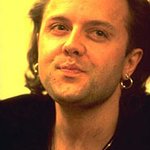 The Award, presented by Lars Ulrich (Metallica), was in recognition of Michael Eavis’s outstanding contribution to the UK’s live music industry and many charitable causes.

The evening was hosted by Glastonbury regular Jo Whiley and guests were treated to live performances from Rudimental, Nick Mulvey and a stunning three song finale by Florence + The Machine.

Over 1200 guests attended this charity event which is in aid of Nordoff Robbins and The BRIT Performing Arts & Technology School. The Music Industry Trusts Award is sponsored by Spotify, PPL, Ingenious Media and Live Nation.

Michael Eavis said: “After crawling through a hole in the hedge to take a peep at Freddie Bannister’s Bath Blues Festival in 1970, I can’t believe that 44years of semi-controlled chaos has led to me receiving this prestigious award. Thank you all so much.”

The many artist tributes to Micheal Eavis told their own stories of playing Glastonbury and what the opportunity had meant to them.

Lily Allen: “Your Festival is literally better than Christmas… I get that same feeling in my gut that I did on Christmas Eve as a kid but for the whole week leading up to that last weekend in June. I love you, you have made the world a bearable place.”

Damon Albarn: “I’d like to thank you for your husbandry of the musical health of the British Isles and far further afield.”

Ellie Goulding: “I won’t ever forget my first Glastonbury performance, there was a different kind of magic in the air to anything I had performed at before, it seemed like a defining moment in my career and I thank Michael for believing in me and letting me be there. I want to congratulate Michael on the colossal amount he has achieved with Glastonbury and its legacy – keeping music alive with the most exciting festival in the world – long may it continue!”

Rudimental: “Hard to explain how grateful we are to Michael. To perform at Glastonbury, especially the Pyramid stage, was literally a dream for us as kids…we’ve played so many festivals around the world but none of them even compare to what Michael Eavis has created.”

Coldplay: “Thanks you for the incredible experiences you’ve given us and so many others”.

The Award was founded to recognise outstanding achievement in the UK music industry as well as to benefit the charitable work of Nordoff Robbins and the BRIT Trust.

The Award is unique because it recognises the outstanding contribution that an individual has made to British music and the British music industry. This recognition is more than about an individual’s success in music, it also reflects how the honouree has used – over the course of a career – his (or her) achievements and influence to benefit and inspire others.

The Award evening has become renowned for its magic moments, with unique live performances.