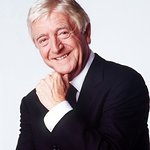 Michael Parkinson is an English broadcaster and journalist, best known for his interview programme, Parkinson, which he presented from 1971 to 1982 and from 1998 to 2007.

He was named as Dignity In Care Ambassador in July 2008 as part of the Government’s drive to ensure that all older people using care and health services are treated with dignity and respect at all times.

He is patron of the Alexander Devine Children’s Cancer Trust, which was set up in memory of an amazing little boy. Alexander was diagnosed with a rare brain tumour in November 2001 at the tender age of just four years. He endured operations, treatments and chemotherapy in his four year fight against cancer, with exceptional courage and bravery, with great dignity and without complaint.

In 2002, he visited one the Bishop Simeon Trust’s partner projects on the East Rand outside Johannesburg: "Visiting the nursery school was probably one of the most emotional things I have ever done in my life… There were 50 children, between the ages of two and six, and 30-plus had HIV. Most of them had already lost their parents because of Aids. I got very involved with the project and it made me feel angry. I discovered that they were having to rent the school building and could face losing it.

“So I decided I would buy the building for them… There were all these volunteers giving up their time and scrabbling round for a few bob so I thought I could help… It was emotional making the films from Africa and I couldn’t just walk away at the end of the job without feeling I had done something to help. It’s only a little project but hopefully I have been able to make some sort of difference”

Michael Parkinson has supported the following charities listed on this site:

Google trends for "Michael Parkinson"
Available to Insiders only
Get Insider Access to these insights & more...

You can contact Michael Parkinson using details from this service. (Or read our advice on how to contact celebrities) 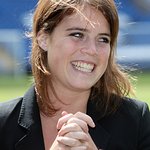 Roger Daltrey CBE, founding member of The Who and multi-generational cultural icon, is to be honoured with the 25th Music Industry Trusts Award (MITS). More →
More news about Michael Parkinson →

We don't have any videos related to Michael Parkinson.