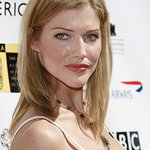 Tricia Helfer, star of Battlestar Galactica, said: “This historic milestone marks a great day for animals in Canada. I commend Senator Stewart Olsen for introducing this legislation to end cosmetics animal cruelty, and look forward to seeing Canada become the next country to #BeCrueltyFree.”

Iconic musician-activist Bif Naked said: “Cruelty in the name of beauty is not just wrong – it’s patently un-Canadian. It’s so encouraging to see progress like this, and I am proud to live in a country where compassion comes first.”

Blogger and TV personality Lauren Toyota added: “As individuals, we all have the power to affect change. One of the most effective ways of going about this is by being a conscious and informed consumer – we expect better, and this bill is a big step in the right direction.”

Social media star and former MTV host Phoebe Dykstra similarly echoed: “No animals anywhere should suffer in the name of hair conditioner and lipstick! We can be better, and must not allow such cruelty to happen a minute longer; this bill is true progress. I am proud to support the Senator and her commitment to protecting animals!”

Canadians can join these compassionate stars in calling on the government to end cosmetics cruelty in Canada by signing the #BeCrueltyFree petition or by donating to support the campaign.