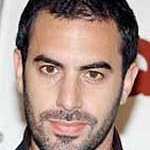 Sacha Baron Cohen and Isla Fisher have made a $1 million donation split equally between Save the Children and the International Rescue Committee to support victims of the conflict in Syria.

$500,000 will be used to fund a programme vaccinating more than 250,000 children against a potential measles outbreak in Northern Syria. The other half of the donation will be used to help fund the work to support families, with a special concern for women and children, both inside Syria and in neighbouring countries who are suffering as a result of the ongoing conflict. The money will go towards education, health care, shelter and sanitation.

Justin Forsyth, Save the Children CEO, said: “The Syrian conflict is now approaching its fifth year and children are the first victims. There is no safe place left in Syria, with shelling and violence omnipresent. Food and medicines have become scarce and basic necessities unaffordable. Syria’s health system has collapsed and deadly childhood diseases – like measles – which had previously been all but eradicated have now returned, threatening the lives of hundreds of thousands of children. By allowing us to make their generous donation to Syrian children public, Sacha and Isla are helping highlight the tragedy of the issue today. These are desperate times for Syrian families facing bombs, bullets and torture in Syria. The couple’s donation will save many thousands of lives and protect some of the most vulnerable children.”

David Miliband, president and CEO of the international rescue committee (IRC) said: “Now is the time for all of us to double down on commitments to civilians caught up in the Syria conflict. These people are the victims of terror. As hope for the end of conflict recedes, it is all the more important to meet the most basic human needs. Sacha and Isla’s donation is a great expression of humanity, and a challenge to do more for the most vulnerable. I hope it is an example to many others seeking practical ways of making a difference during the Christmas and New Year season.”