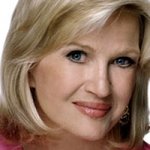 Among the nominees: Academy Award nominees Carol and The Danish Girl; Golden Globe nominee Grandma; Film Independent Spirit Award nominees Appropriate Behavior and Tangerine; FOX’s hit drama Empire and Netflix’s Sense8, Master of None, Orange Is the New Black, and Grace and Frankie; Amazon’s Transparent; HBO’s Bessie; ABC’s 20/20 for its groundbreaking Diane Sawyer interview with Caitlyn Jenner; E!‘s I Am Cait, TLC’s I Am Jazz, both reality programs headlined by transgender people; CBS’ The Bold and The Beautiful; The New York Times for its “Transgender Today” series; ESPN’s SportsCenter; Essence Magazine; and Troye Sivan for his debut album Blue Neighbourhood.

Spanish-language nominees include Ricky Martin for his new album A quien quiera escuchar. Also nominated was Telemundo morning show Un Nuevo Día, which received nominations for its interviews with Patricia Velásquez, the supermodel and actress who came out this year, and with transgender advocate Rodrigo Heng-Lehtinen and his supportive mom, Congresswoman Ileana Ros-Lehtinen. Univision’s Al Punto was nominated for its story about transgender people in the military; and Univision.com for its article profiling couples instrumental to achieving marriage equality nationwide. CNN en Español earned six nominations for its coverage of LGBT issues. This year, GLAAD added Local Television Interview to its Spanish-language categories to recognize the increasing coverage of LGBT stories by local affiliates across the country.

For the first time in nearly a decade, the GLAAD Media Awards will be televised exclusively on Logo in a one-hour special premiering in April 2016.

“Logo is honored and proud to partner with GLAAD to celebrate the people and media who best represent the LGBT community,” said Chris McCarthy, General Manager of VH1 and Logo Networks.

For a complete list of the nominees please visit: www.glaad.org/mediaawards/nominees.

The GLAAD Media Awards ceremonies will be held in Los Angeles on April 2, 2016 at The Beverly Hilton, and in New York on May 14 at the Waldorf Astoria New York. Special Honorees for each city will be announced in coming weeks. The 27th Annual GLAAD Media Awards nominees were published, released, or broadcast between January 1 and December 31, 2015.