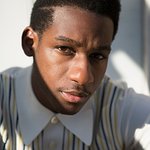 In celebration of the unique link Nielsen makes between entertainment consumers and their media and purchase habits, industry executives and influencers across media, entertainment, sports, consumer, brands and retail will be treated to a night of live entertainment from some of the hottest artists of 2016.

This year’s event will also serve to spotlight Nielsen’s relationship and ongoing initiatives with GLAAD, the nation’s lesbian, gay, bisexual and transgender (LGBT) media advocacy organization. Members of GLAAD will be on-hand to receive a charitable donation from Nielsen on behalf of attendees.

“This will be our third year hosting Nielsen’s Pre-GRAMMY bash, which has become such an exciting night for us and our clients,” said Howard Appelbaum, President of Entertainment, Nielsen. “We’re proud that this event gives our guests the chance to make valuable connections by interacting with others from different industries, all while celebrating GRAMMY week and enjoying some really terrific performances.”

The evening’s performers will include:

Leon Bridges, the 26 year old R&B artist and singer, songwriter who prompted comparisons to R&B legends like Sam Cooke and Otis Redding, will be one of the evening’s performers. Bridges performed in and around Fort Worth, Texas and first stirred up music industry interest with analog recordings, produced by musicians Justin Block and Austin Jenkins. Now signed to Columbia Records, his first singles – including the standout track “River” – appeared in early 2015 with a modern sound that drew upon mid- to late-’60s soul. His debut album, Coming Home, was released in June 2015 and picked up a GRAMMY nomination for Best R&B album.

The Strumbellas, formed in Toronto, Ontario in 2009, are a Juno-award winning six-piece band consisting of Simon Ward, David Ritter, Jon Hembrey, Isabel Ritchie, Darryl James and Jeremy Drury. Recently signed to Glassnote Records, their debut single ‘Spirits’ is rapidly climbing the alternative radio and Spotify Viral Charts. The Strumbellas’ sound — haunting lyrics fused with infectious, danceable melodies — has earned them six awards, including a JUNO Award and Sirius XM Indie Award, as well as a spot on the Polaris Music Prize Long List. Teaming up with LA Producer/Engineer, Dave Schiffman (Johnny Cash, Haim, Weezer) in 2015, The Strumbellas are gearing up for the release of their new album Hope on April 22nd, 2016.

Preservation Hall Jazz Band will also be taking the stage. Their name derives from Preservation Hall, the venerable music venue located in the heart of New Orleans’ French Quarter, founded in 1961 by Allan and Sandra Jaffe. The band travels worldwide fulfilling their philosophy to nurture and perpetuate the art form of New Orleans Jazz. Many of the band’s charter members performed with the pioneers who invented jazz in the early twentieth century including Buddy Bolden, Jelly Roll Morton and Louis Armstrong. PHJB’s recent album, That’s It!, is a record that will go down in history as their first album of entirely original material, which was produced by band leader Ben Jaffe and My Morning Jacket lead singer Jim James. PHJB recently performed in New Orleans with Arcade Fire to honor and celebrate David Bowie.

DJ Michelle Pesce, who has become one of the most sought-after DJ’s, performing at parties and clubs around the world (France, Spain, Kenya, Uganda, Toronto, Mexico), will provide the night’s soundtrack. Pesce mixes the flavor of hip hop with rock, electro, funk and pop. From her regular spinning gig on ABC’s “Good Morning America” to playing old-school hip hop at LA hotspot The Dime, to rocking A-list crowds at events for the Academy Awards, Golden Globes, multiple film festivals, and the GRAMMY Awards Official After-Party, she has become a staple in the Hollywood Event Scene.

The full menu will be provided by sbe Events and Catering and designed by Executive Chef Chris Crary of Hyde Sunset Kitchen + Cocktails.

GLAAD, the world’s largest lesbian, gay, bisexual, transgender, and queer (LGBTQ) media advocacy organization, today announced that it will host a virtual ceremony for the 31st Annual GLAAD Media Awards on Thursday, July 30 in place of the original ceremonies planned for earlier this year. More →

Kerry Washington accepts the Vanguard Award at the #GLAADawards