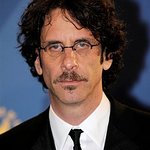 Few things excite moviegoers more than a new film written and directed by the Coen brothers, and the latest comedy from the award-winning duo is sure to excite any animal lover as well.

Opening everywhere February 5, “Hail, Caesar!” pays homage to a bygone era in Hollywood and boasts a veritable galaxy of human stars… but animal stars including goats, horses, and one plucky little dog steal any scenes they are in throughout the film. Based on the extraordinary treatment of the animal stars, American Humane Association has awarded its highest rating, “Monitored: Outstanding,” to “Hail, Caesar!”

When the world’s biggest star vanishes and his captors demand an enormous ransom for his safe return, it will take the power of Hollywood’s biggest names to solve the mystery of his disappearance. Bringing the audience along for a comic whodunit that pulls back the curtain and showcases the unexpected humor and industry drama found behind the scenes, “Hail, Caesar!” marks the Coens at their most inventive.

The comedy is produced by Joel and Ethan Coen through their Mike Zoss Productions, alongside Working Title Films’ Tim Bevan and Eric Fellner (“The Theory of Everything,” “Les Misérables”), who have partnered with the brothers since their Academy Award-winning “Fargo.”

While the film celebrates Hollywood’s Golden Age, one element in Tinseltown that is thankfully much better in the modern era is the way animal actors are now treated. In the past, animals were viewed as mere props, and their safety was often an afterthought. To protect the four-legged stars of this film, just as it has millions more of our favorite animal stars since 1940, American Humane Association and its famed “No Animals Were Harmed” program were on the set of “Hail, Caesar!” overseeing the safety and humane treatment of the non-human actors.

Treating animals right on movie sets is essential. American Humane Association applauds the Coen brothers, their production team, the actors, the trainers, and Universal Pictures for working with the organization’s “No Animals Were Harmed” team and maintaining a safe and humane working environment for the animal stars in the film. The “No Animals Were Harmed” program oversees the protection of some 100,000 animal actors on 1,000 film and television productions each year and has kept millions of animals safe around the world for more than 75 years. The “No Animals Were Harmed” program, the only industry-sanctioned program with oversight of animals in filmed production, has made the protection of animal actors its duty and charter.

To commemorate the Diamond Jubilee of this marquee program, American Humane Association President and CEO Dr. Robin Ganzert penned the book Animal Stars: Behind the Scenes with Your Favorite Animal Actors. Published by New World Library, it offers unprecedented access to the fascinating world of animals and animal trainers in today’s film and television industry – and the celebrities with whom they work. Included in the book is the story of a horse who charmed actress Hailee Steinfeld while filming the Coen brothers’ “True Grit.”

“I hail the Coen brothers for their commitment to the safe treatment of the animal stars of ‘Hail, Caesar!,’” said Dr. Ganzert. “American Humane Association is always proud when a production is able to achieve our highest rating for animal actor safety, because it shows that the production team, trainers, and actors are all extremely committed to the treatment and safety of their animal co-stars and doing things the right way.”