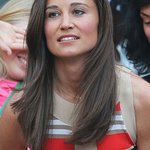 Last week, celebrities graced the red carpet to attend the British Heart Foundation's Roll out the Red fundraising ball at The Savoy, London, which raised over £160,000 for life saving research.

The star-studded evening included a welcome speech from BHF Ambassador Pippa Middleton and was hosted by newsreader Natasha Kaplinsky.

They were joined by celebrity supporters including actor Hugh Grant, singer Sinitta, Made in Chelsea star Ollie Proudlock, model Emma Louise Connolly and The Only Way is Essex Star Jessica Wright.

Britain’s Got Talent judge Alesha Dixon got everyone on their feet and guests also enjoyed performances from vocal group BLAKE and a classical performance from DUO. The night ended with a set by International DJ Judge Jules.

Lord Jeffrey Archer conducted an exclusive live auction which raised a phenomenal £55,500 alone. The star prize for the evening was a limited edition experimental moving portrait of legendary musician David Bowie, the last of only 15 which sold for £12,000.

There was also the chance to bid on lots in the online auction including a Valentine’s weekend away at Downton Abbey’s Highclere Castle and a date with Made in Chelsea’s, Ollie Locke.

Professor Peter Weissberg, Medical Director at the BHF, said: “It was an incredible evening raising vital funds for our fight against heart disease. Thank you to everyone for making Roll out the Red a night to remember.”