Stars Help Save The Children Celebrate A Night Of Motown 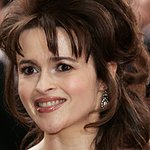 Last week, Save the Children held A Night of Motown at the Roundhouse in London.

The phenomenal bill included incredible performances and collaborations from cornerstone artists of the Motown genre; Mary Wilson, founder of one of the most successful female singing groups in recording history: The Supremes and Tito Jackson who has spent his life enchanting music lovers as a member of The Jackson 5. These legends were joined on stage by a newer generation of artists including soul-pop sensation John Newman, British soul & R&B singer songwriter Lemar and a surprise performance by British recording artist, radio presenter and musical theatre actress Beverley Knight, who all helped bring the sound of Motown from its heartland in Detroit to London, NW1 for Save the Children.

In addition, Henry Wyndham, Chairman of Sotheby’s Europe, conducted a live auction. Two tickets to Adele’s concert in London sold for £15,000 to co-host for the evening Helena Bonham Carter, whilst a special edition of the award-winning series of the Trip at Le Manoir aux Quat’Saisons accompanied by comedians Rob Brydon and Steve Coogan was won by Tim Rice for a staggering £18,000.

Co-hosted by Save the Children supporter and actress Helena Bonham Carter and Sir Alan Parker, Chairman of Save the Children International, and sponsored by the charity’s longstanding partner RB, this special evening will raise significant funds to make a real difference to the lives of millions of the world’s most vulnerable children: keeping them safe from harm; making sure they’re healthy, well-fed and warm; giving them the chance to go to school and have the chance of a better future. Millions are fleeing violence and persecution, most notably in Syria and Iraq, which has sparked a global refugee crisis on a scale not seen since the Second World War. Save the Children is working to ensure every child, no matter where they are, is safe, protected and has access to life-changing education.

Guests enjoyed a salmon crudo with chilli, ginger and avocado, followed by barbequed rump and braised shoulder of lamb with smoked potato, tomato, baby spinach and black pepper caramel and pudding canapés including a white chocolate and muscavado blondie and a New York cheesecake with blueberry jam for dessert. This delicious feast was accompanied by Clarendelle, inspired by Haut-Brion rouge 2011 and blanc 2014, generously donated by HRH Prince Robert of Luxembourg on behalf of Domaine Clarence Dillon, as well as a choice of Mint Julep, I Heard It On The Grapevine and Detroit Iced Tea cocktails.

Five years on from its inauguration, Save the Children’s annual event at the Roundhouse has become the must-attend calendar event. With each passing year, the international children’s charity has celebrated in a unique, intimate way, the very best of a potent musical genre – blues, disco, reggae and funk & soul, and this year was no exception with A Night of Motown.

Rakesh Kapoor, CEO RB said: “We are very proud to once again be the headline sponsor for this wonderful event, which brings together loyal supporters to raise vital funds and awareness for children in some of the toughest places around the world.”