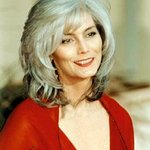 The Human Rights Campaign (HRC), the nation’s largest lesbian, gay, bisexual, and transgender (LGBT) civil rights organization, has announced that some of the biggest stars in the country music industry are uniting with pediatricians and child welfare advocates, civil rights organizations, the business community and supporters of equality to oppose legislation in Tennessee attacking transgender students in public schools and universities.

Emmylou Harris, Chely Wright, Ty Herndon, Miley Cyrus, and Country Music Television are speaking out against HB 2414 and SB 2387 – discriminatory proposals that would further marginalize transgender students and make it illegal for them to use restrooms and other facilities consistent with their gender identity.

“For a moment a few weeks ago, it seemed like lawmakers in Tennessee had really heard the brave testimony of a transgender young person and her parents,” said Miley Cyrus. “A mother’s simple ask to legislators about what they would do if it was their child who was transgender hit a nerve, and the anti-transgender bill was sent to a summer study session, seemingly killing if for this year. But that was two weeks ago – a lifetime ago, it seems, in light of all that has happened since – and that bill is back.”

“Transgender youth already face incredibly high levels of discrimination, bullying, and harassment, and it is appalling that the state of Tennessee would consider requiring public schools to discriminate against them, too,” said HRC President Chad Griffin. “Today, some of the biggest stars in the country music industry are using their voices to try and protect these young people. They join a broad chorus of parents, teachers, child welfare advocates, pediatricians, businesses and civil rights organizations urging Tennessee lawmakers to do the right thing and stop discrimination against transgender youth. Tennessee should block this hateful legislation and commit to ensuring every child has the right to learn without being subjected to discrimination or fear.”

On Wednesday, HRC also released an open letter from executives at the Dow Chemical Company, Hewlett Packard Enterprise, Choice Hotels International, Inc., and Alcoa, Inc. urging Tennessee’s lawmakers to abandon the legislative assault on transgender students in Tennessee. Major CEOs and business leaders are speaking out because they know the legislation is bad for business and bad for Tennessee.

“Those who love and make country music do so because at its best it speaks to the pain and suffering everyone shares in this life,” said Emmylou Harris. “Let’s not make that life harder still for some, with this mean spirited and unnecessary legislation.”

Over the last month, bills with language similar to Tennessee’s proposal were vetoed in South Dakota, but enacted in North Carolina, where lawmakers have faced serious backlash. While South Dakota Republican Governor Dennis Daugaard listened to child welfare organizations, pediatricians, parents, and met with transgender children before deciding to veto a similar bill, North Carolina Governor Pat McCrory and the state legislature rammed through a measure that, among other discriminatory provisions, includes a similar appalling attack on transgender students. As a result of North Carolina’s HB2 law, which puts thousands of youth, citizens, employees, and visitors to the state at risk, more than 130 business leaders are calling for a repeal effort during the upcoming legislative session and a number of businesses have begun to remove investments from the state.

“As an artist living and working in Nashville for more than 20 years, I know how hard it was to struggle for acceptance as a gay woman,” said Chely Wright. “The deck is stacked even higher against transgender students who face dramatically increased rates of bullying. This bill will send a devastating message to transgender youth that they are not welcome, included or valued. It goes without saying that their classmates and their communities will hear this message loudly and clearly too; emboldening many of them to double down on that harassment. I have a lot of friends in Nashville with great, big voices and it’s time that we all use our voices to stand up against this scourge of unnecessary, hateful legislation in Tennessee.”