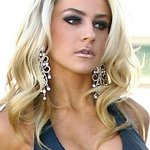 Earlier this week, dressed as a vulnerable little mouse, Courtney Stodden visited a PetSmart store in Los Angeles—and lay down and “died.”

The Mother/Daughter Experiment: Celebrity Edition star’s action comes on the heels of a 15-week PETA video investigation that revealed that a supplier to Phoenix-based PetSmart gassed animals in plastic bags and set them aside “to die and waste away,” as one supervisor at the facility said. Another recent PETA exposé of a second supplier found small animals warehoused like widgets in plastic bins and rodents crammed into plastic bags and put alive into a deep freezer to die.

“It’s heartbreaking to think that countless mice, rats, bunnies, and lizards are dying in filthy bins for PetSmart’s stores,” says Stodden. “My friends at PETA and I urge everyone to refuse to shop anywhere that sells live animals!”

PETA has released six exposés that reveal unsanitary, abusive conditions for animals who are bred to be sold by big-box pet stores.